The Prophet’s Hijrah: Renewing the Hope

Following the season of Hajj, the season of forgiveness and mercy, a new Hijri year begins. With this new year of Hijrah, Muslims recall the events of the Prophet’s Hijrah (migration) to Madinah, the Hijrah that brought into being a new great civilization which soon after illuminated the whole world with Almighty Allah’s divine laws.
With the advent of the new Hijri year, true Muslims contemplate the lessons of that great event that changed the face of the world, beseeching Almighty Allah to bestow mercy on their present painful reality. They compare the then strong and illuminating state of the Muslims following Hijrah to this painful reality, trying to derive from it an impetus to work for the interest of the Ummah in spite of the diverted efforts and potentialities that mark the nation today.
Literally speaking, Hijrah indicates moving from one place to another to live there. Tackling it figuratively, Hijrah denotes shunning bad habits, traditions, and so on, or abandoning a certain culture to adopt another. The figurative meaning of this word is referred to in Almighty Allah’s words And all abomination shun (Al-Mudaththir 74:5) and And bear patiently what they say and avoid them with a becoming avoidance (Al-Muzzamil 73:10).

In this figurative sense Hijrah refers to reviewing one’s entire cultural and traditional heritage to find what is wrong with it, and where therein corruption of ideas and misunderstanding lie.

In other words, Hijrah is synonymous to seeking repentance and purification of one’s soul. The Prophet (peace and blessings be upon him) said, “Hijrah will not cease until repentance becomes useless; and repentance will not become useless until the sun rises from the west” (Abu Dawud).

Hence, when it comes to handling the Prophet’s Hijrah, we Muslims should not only relate the details of its events; rather, we are required to handle it with a far deeper contemplation, attempting to discern its philosophy so that we may find therein a solution for our problems and a source for restoring our dignity.
The emphasis on the correlation between the literal and figurative meanings of the Hijrah is necessary so long as true Muslims have not yet assumed their should-be pioneering role in the world, for hijrah, in its physical and psychological sense, serves as provision and purification for individuals and societies.

The Prophet’s Hijrah is like a running river from which true Muslims can quench their spiritual thirst, helping him to bridge the gap between the past and the present, and to make the best choice among the modern life’s fruits.
The significance of Hijrah lies in the following points:

First, Hijrah enabled Muslims to get rid of the state of poverty and danger they suffered while in Makkah, and gave them the chance to show their productive capabilities in both states of war and peace.

Allah Almighty says:Whoso migrateth for the cause of Allah will find much refuge and abundance in the earth, and whoso forsaketh his home, a fugitive unto Allah and His Messenger, and death overtaketh him, his reward is then incumbent on Allah. Allah is ever Forgiving, Merciful< (An-Nisaa’ 4:100).

He Almighty also says: To those who leave their homes in the cause of Allah, after suffering oppression, we will assuredly give a goodly home in this world; but truly the reward of the Hereafter will be greater; if they only realized (this)!(An-Nahl 16:41).

This, likewise, applies to Muslims making hijrah anytime for Allah’s sake in search of a safer place to practice their religion freely, acquire knowledge, and improve their state at all levels.

Now the Muslim Ummah should perceive this lesson of releasing and freeing its potentials, and review its current situations at all levels in order to break the shackles that have caused it to lag behind. It has to reconsider its stance on the concepts of safety and freedoms for such concepts constitute the very first steps towards making a real hijrah.

Muslim individuals, especially da`iyahs, are required to make a real hijrah by reviewing their manners and personal attitudes in life, doing their best to break the fetters that prevent them from calling to the right path, and taking as their model the Prophet (peace and blessings be upon him).

Those who deeply contemplate the events of the Prophet’s Hijrah and the lessons derived from it will realize the significance of renewal and the importance of forsaking narrow-minded environments for more broad-minded ones, be these environments countries, associations, or even inner thoughts. The point is to seek lofty and elevated aims, and this can be achieved through renewal that is marked by both openness and adherence to the example of the Prophet (peace and blessings be upon him).

Third, hijrah is critically needed to attain the internal cohesion of the Ummah, since it implies bringing oneself to account and reviewing one’s attitudes in life. This applies to individuals, communities, and associations. The essence of hijrah is to forsake all wrongful acts and attitudes. Comprehending this essential meaning of hijrah, Muslims can constructively criticize themselves and review their situations and mistakes. This is an important factor in reviving civilizations.

The state of the Muslim Ummah today, as well as of most of its individuals, requires serious attempts to release the great potentials lying in Muslims and to provide them safety and stability. The Prophet (peace and blessings be upon him) took the step of migrating to Madinah after suffering years of oppression at the hands of the polytheists in Makkah. Madinah was then for the Muslims the appropriate environment where they were safely able to take on the process of building their great civilization. Today whole communities are oppressed, and a wide range of persons do not undertake their presumed role.

In order to overcome this oppression, self-criticism, change, revision of attitudes, and repentance are required at all levels. These are, in fact, the foundations upon which today’s Muslim Ummah can reassume its pioneering role and restore its strength of civilization.

Muslim da`iyahs tears flow when they perceive the sad reality of Muslims today. However, the hope renews with the recurring memory of the Prophet’s Hijrah, our best example both in time of prosperity and time of hardship.

Thus, realizing and applying the philosophy of the Hijrah, there is no room for depression or loss of hope. We must always bear in mind the words with which Almighty Allah solaced His Prophet (peace and blessings be upon him): [If ye help him not, still Allah helped him when those who disbelieve drove him forth, the second of two; when they two were in the cave, when he said unto his comrade: Grieve not. Lo! Allah is with us(At-Tawbah 9:40). 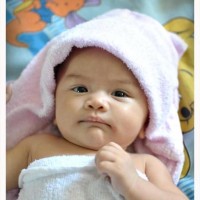